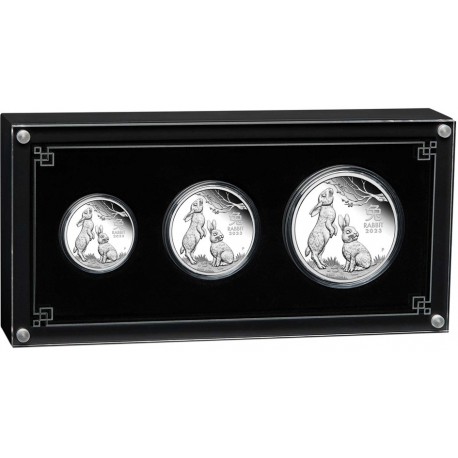 First issued in 1996 and now in its third round, the long-running Australian Lunar Coin Series portrays the 12 animals of the ancient lunar zodiac. Annual designs featuring the mouse, ox, tiger, rabbit, dragon, snake, horse, goat, monkey, rooster, dog and pig are depicted in sequence according to the position they finished in the emperor’s Great Race. In fourth position was the rabbit, which is said to bestow intelligence, creativity, vigilance, and compassion on those born under its influence in 2023 and every 12th preceding year.

Year of the Rabbit design

The coin portrays an alert rabbit with its ears erect and another rabbit stretching towards a budding branch. Included in the design is the Chinese character for ‘rabbit’, the inscription ‘RABBIT 2023’ and The Perth Mint’s ‘P’ mintmark. 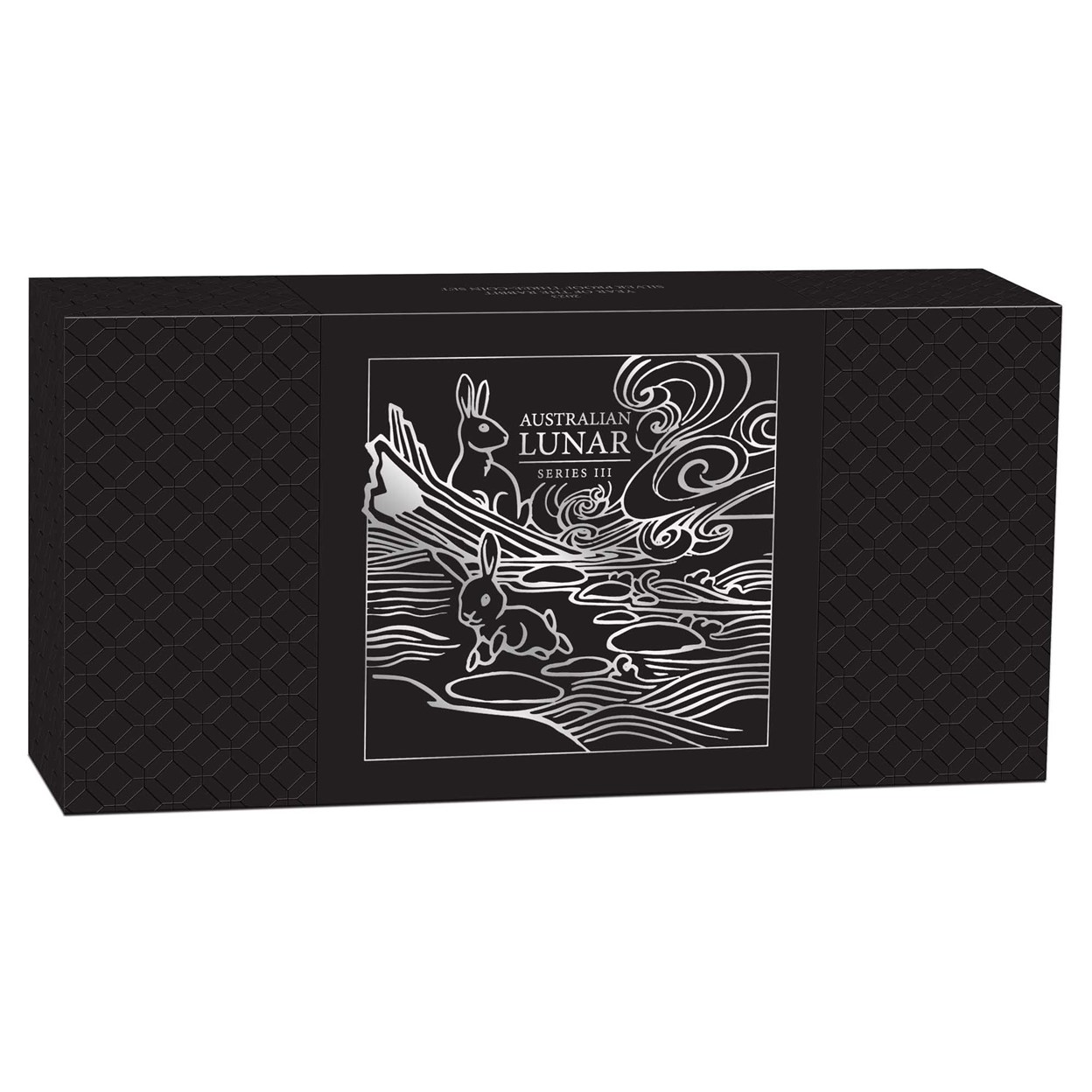 Accompanied by a numbered certificate of authenticity, the set comes in classic display case featuring a clear magnetic lid adorned with a geometric design. The case is housed in an illustrated shipper portraying the final stage of the race, during which the rabbit called upon its resourcefulness to successfully cross a river.

Each shipper in the series can be arrayed together to form a diorama depicting the exploits of all 12 auspicious animals.